Sydney offers a huge fishing environment whether it be inside Sydney Harbour or offshore fishing.

The fishing charter boats we recommend include a skipper, fishing equipment, rods, reels, bait, tackle and friendly crew to ensure you have a great time out there. 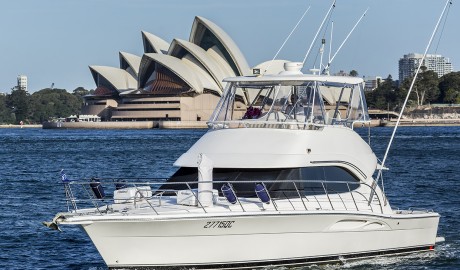 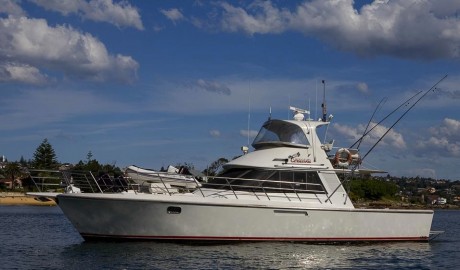 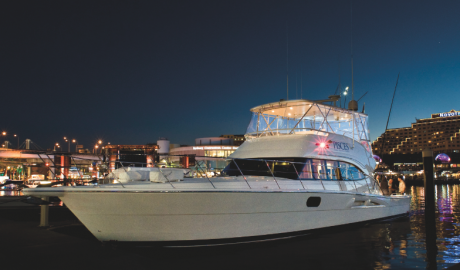 There are three types of fishing charters, Game Fishing, Reef Fishing and In Harbour Fishing.

Game Fishing is a full day (9 hours) event where you travel about 30 miles offshore in the search of big game fish such as Marlin, Yellow Fin Tuna and Sharks. Target Species is determined by the time of year and prevailing conditions and the boat is in constant motion the entire day. Game Fishing is an action packed day of fishing well out to sea.

Reef Fishing, also known as Deep Sea fishing, is where you head out to deep sea about 12 miles out, in search of fish in and around the various reefs of Sydney.

In Harbour Fishing consists of a four hour fishing charter within the harbour. This is a more relaxed day of fishing in fairly calm water.

Type of fish to catch

What can you expect to catch & when?
Marlin, Mahi Mahi, Wahoo, Tailor, Australian Salmon, Kingfish, Yellowfin Tuna, Albacore, Yellow Tail Kingfish and more. Water currents & temperature has an influence on what can be captured at a particular time of year.
The following is a general guide only.

Summer – November to March
Marlin – predominantly Stripes and Blacks but there’s also the likelihood of Big Blue Marlin and even Mahi Mahi – plentiful around offshore buoys and fish traps. Wahoo – an infrequent visitor but caught in reasonable numbers during the season, Kingfish – both in the harbour, and offshore reefs.

Autumn/Fall – April to May
Marlin numbers start to fall but they can surprise right through winter. Mahi Mahi – depending on water temperature. Kingfish – both in the harbour, and offshore reefs.

Weather: For up to date weather information, the web site Seabreeze is very helpful especially for Fishing conditions.
www.seabreeze.com.au